War for the Planet of the Dead (THE MOVIE!)

Yup. It’s about that time when I start fantasizing about which actor and/or actress would play what character in my latest book. I know these castings will never happen, but it is fun to pretend. Isn’t that what part of writing is, pretending you are somewhere or someone else? And truth be told I think the Planet of the Dead series would be difficult to turn into a movie (or easy depending on how you go about doing it) considering the format of the book is broken down into character stories instead of traditional chapters.

That said, here are the actors I imagined for my ideal pretend movie casting!

So yeah…I went big with this casting.

For Polk, I’d pick a strong but relatively young actress. I really liked Sophie Turner in the new X-Men movies as Jean Grey. I think the part would fit Miss Turner perfectly. In the story, Polk has the weight of the world on her shoulders–a kind of battle worn fatigue from her service related injury and guilt for the loss of close friends. Polk is a quiet loner with a badass bionic arm, perfectly suited to be a lone wolf, but as things progress she discovers perhaps being alone is not the smartest way to go about surviving the zombie apocalypse.

For Jelks, while based on a good friend of mine from my Army days, I imagined Jensen Ackles from Supernatural playing the role of the all-around-ruff-around-the-edges-good-guy. In the story, Jelks may be AWOL from the Army, but he has a heart of gold. He’s a survivor with a strong moral compass. When he runs into Polk, he can’t help but want to help her even though she doesn’t seem to need it. He wants to survive but he doesn’t want to lose his humanity in the process.

For Collins, while also based on a good friend of mine from my Army days, I imagined Anthony Mackie (Falcon from Avengers) in the role as a modern take on Ken Foree as Peter from Dawn of the Dead (1978).  Compare the two actors and you’ll see what I’m talking about! In the story, Collins is a thick skinned solider who teams up with Jelks to try and survive the spreading zombie apocalypse. While he would do anything for a friend, he has his doubts about helping Polk.

For General Rusk, if you’re going to go big, why not shoot for the moon? If I were to imagine a stern, creep as hell Army General, Mel Gibson would be my man. The guy is not stranger to playing what i call quiet eccentric roles. Quiet as in you can see the madness in his eyes, but he’s not goofy, he’s utterly insane. In the story, Gen. Rusk was a washed out General reborn in the zombie apocalypse. He’s smart, tactical, efficient, and worse of all patient.

For Doctor Ahuja, I wanted an older actor with a silent charisma about him. After watching Jurassic World, Irrfan Khan would be my pick. In the story, Doctor Ahuja is oddly disconnected to what is happening in the world around him. The very fact that his sister dying and then turning into a zombie in front of him hardly phasing him is a bit off putting. His motivation seems to be focused almost exclusively on his research. What research is that? Designing advanced (wink wink) prosthesis for the United States military.

There are way more castings we could do, like I said, the book is filled with “short story” style chapters. There are a lot of one-off characters that help tell the global story of the spreading zombie apocalypse, from news anchors to scientists and junkies to hillbillies from the world over. While I cannot cast everyone, here are a few Bonus Castings! 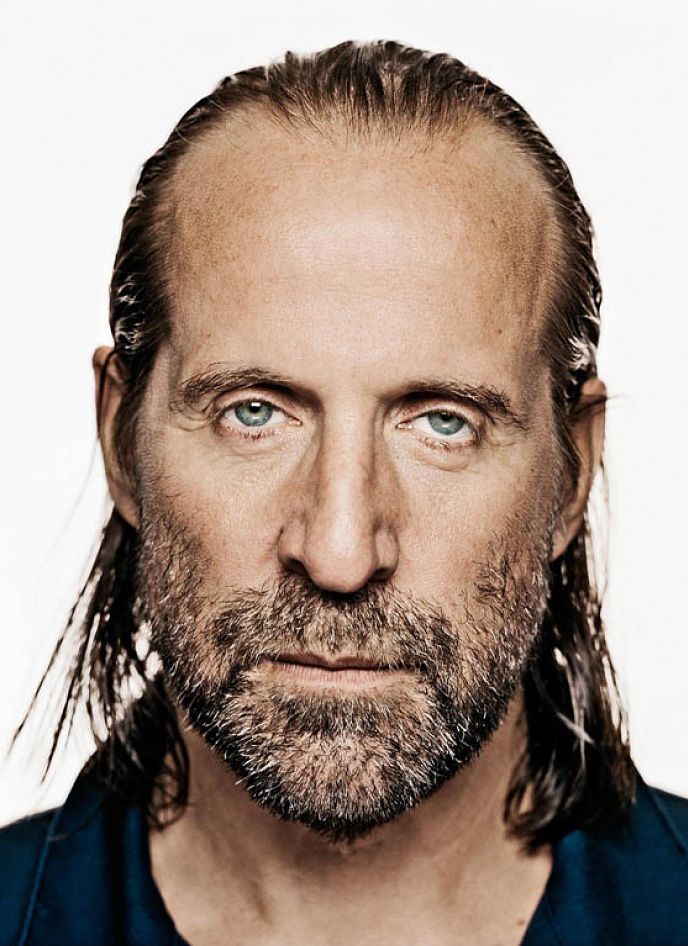 Peter Stormare  as… Vladimir Ryazanskiy. Yeah, so okay, Peter Stormare may be Swedish born, but I think he would be awesome for this role as our hardened, experience Russian cosmonaut—trapped on the International Space Station with British and American crew members who are no so fortunate in the zombie apocalypse while the world below collapses. Stormare has played his share of interesting characters. In the story, Vladimir will do what he must to survive and try to make it back home while there is still a home to make it back to.

Michelle Yeoh as… Doctor Ying. From James Bond to Hong Kong action films, Michelle Yeoh has certainly proven her versatility as a meek but strong character actor. In the story, Doctor Ying must persevere after being devastated at being forced to leave behind her husband to join a special research team at a top secret facility off the coast of China. She’ll join some of the People’s Republic’s greatest minds–protected by a strict military unit. Doctor Ying is my introduction to a Day of the Dead (1985) inspired story that will further develop in Escape from the Planet of the Dead (scheduled to release in 2019).

War for the Planet of the Dead releases on October 9th, 2018. Pre-orders are now available at a discounted price! Order today to reserve your copy!

Reviews for Planet of the Dead

“This author’s writing style is interesting. I kind of dig this little stories…”

“The story has a lot of promise for development and growth. The author presents interesting and compelling characters and I look forward to seeing their paths, decisions and adventures in future chapters…”

“Planet of the Dead was one of those stories that I didn’t know I was going to enjoy. Sure, I love zombie books as much as the next guy – but I just didn’t know going into it. Well, I loved it and had a blast flying through this book. Flowers way of skipping from person to person explaining the story from their viewpoints really made this so easy to read. Even if you didn’t like a person or a point of view – you knew it was going to move on to another person soon after…”

“Planet of the Dead is incredibly fast paced. Once things start going, they don’t calm down until the end. Some people think there is nothing new in the zombie world, but Flowers proves them wrong. I read A LOT of zombie books and Planet of the dead is most definitely in my top 3-5 favorites…”